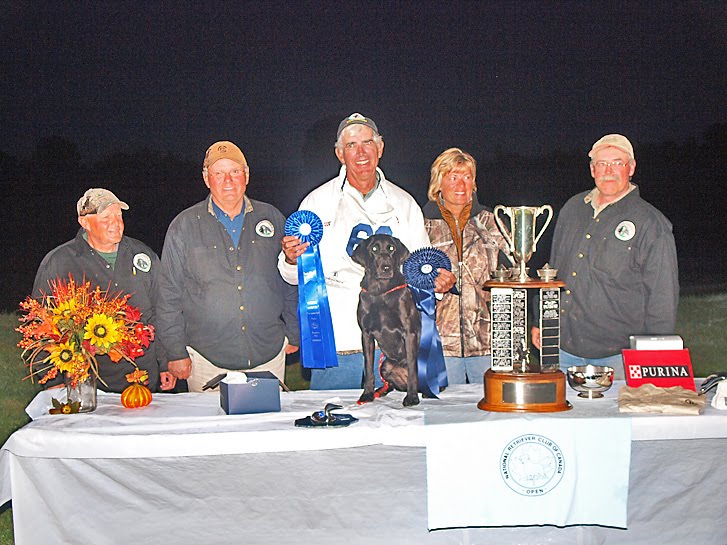 The morning after the celebration was another beautiful day with heavy fog in the valleys. The headquarters was quiet as I took a reflective early morning walk with my dog. At the entrance, the trademark black Labrador directional sign of the Pine Ridge Club looked the same as it had 10 days earlier. Obe went over to say hello as everybody else packed up to say good-bye. 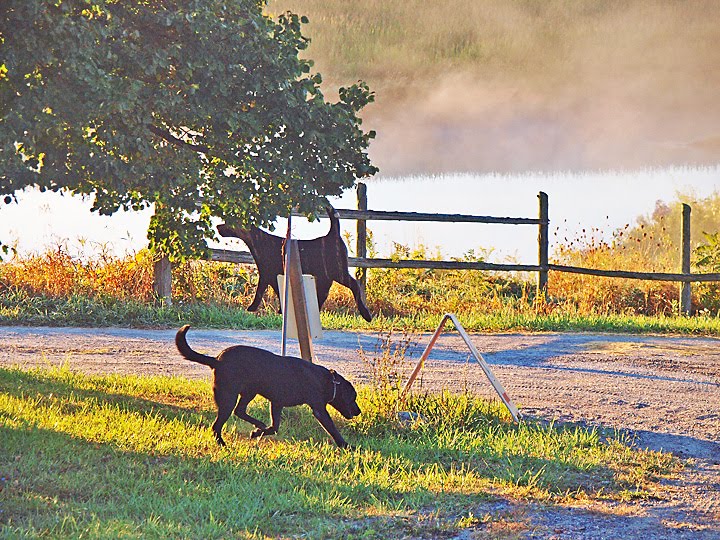 No National is ever alike and this one had all the characteristic ups and downs, joys and frustrations and finally excitement. The heavy workload and strong contribution by judges, workers, host club and Sponsors seems a necessary toll but perhaps makes it all the more rewarding.

Worker’s Party and Thanks

I didn’t get the opportunity during the National to highlight the Worker’s Party on Thursday night. It was a celebration and thanks of all the effort put in by so many. At the head of the list of Thank You’s was the Major Sponsorship by Purina, Tritronics, Dogs AField and Ducks Unlimited. Jim Green, our Field Trail Chairman reminded everyone that their contribution has become essential to the conduct and quality of Canadian Nationals. He also identified the work of all the volunteers that make such events possible. Many of those I have already identified during the week because of their involvement with mechanics. But it is the behind the scenes folks that go unnoticed all too often. People like Honey Wilson, FT secretary, and Anne Hall, Treasurer and main program/catalog designer. 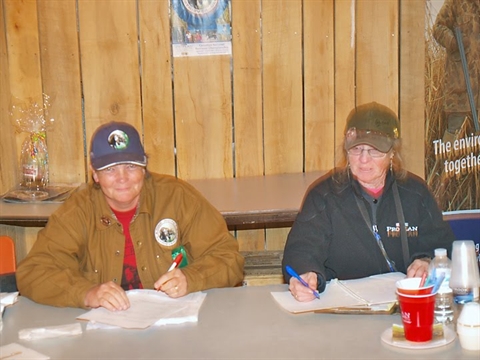 Anne (L) and Honey (R) always working!
Diane Ling did a lot behind the scenes on the Socials, Judges care and the Banquet and was assisted by many other including Barb Hawley, Grace Burmaster, and Jane Thompson. Jim Ling, NRCC president was also PRRC Financial Chair, working closely with Ann Hall. We had a big and competent set-up crew including Donna LaHaise, John Chevalier, Ann Hall and Anne Steer along with stalwart Albert Coles. Traffic and Parking flowed smoothly all week thanks to Richard Dresser, Bill Cummings and Don Wilson 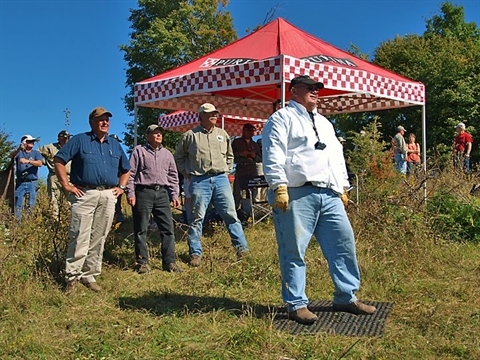 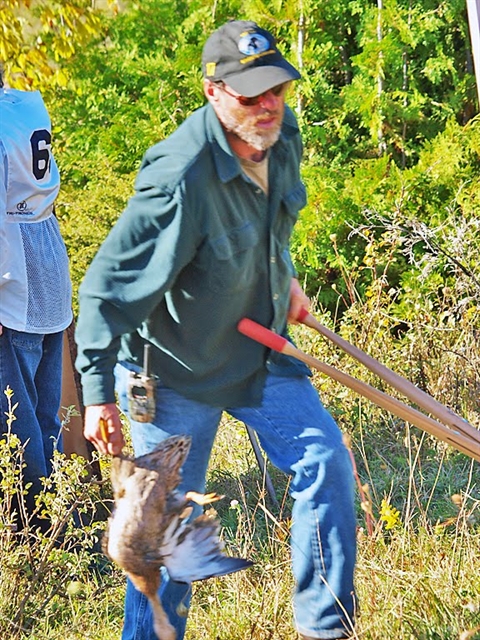 Don Martin in action!
At Gahonk headquarters Dave and Jane Thompson masterminded almost every aspect of this National but notably Social events, Grounds, Silent Auctions, Banquet and Worker’s Party. They made a huge contribution. Jean House was there at Gahonk throughout behind the scenes implementing many details. Dona Martin, was the Official Photographer. Jim Green also thanked Dennis and Fiona for the web reporting and identified the role that Dennis played as NRCC Corporate Sponsor Liaison. 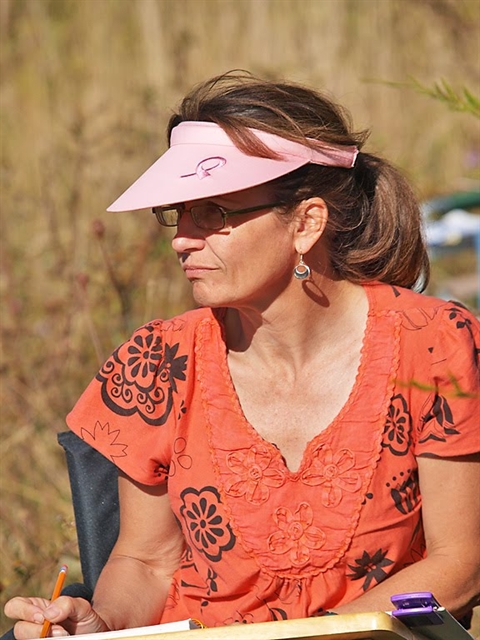 At the end of the night, Jim Green was also thanked for over-seeing the entire National-always a challenging and daunting task. I would be remiss if I did not identify that this entire group of volunteers was supported and sponsored by Purina with dog food, bags and various other gifts of appreciation. Again our thanks to Purina reps, Lauralee Camilleri, Les Oakes and Tim Crone.

Outside the Host club, we must never forget the year-round work of the NRCC and the executive. Marg Murray, Secretary Treasurer masterminds all the logistics for both Nationals. Of course our judges at this event, Larry Baker, Dan Yeomans and Wes Place probably had the greatest responsibility of anyone. Our thanks to them.

Finally, I want to again thank Retriever News for bringing this web report to you and a special thanks to Tina Ebner, Managing Editor for her efforts and consultation.

Our congratulations to the winner, Lorraine and Teezer with handler, Lorne. The stars were aligned for you!