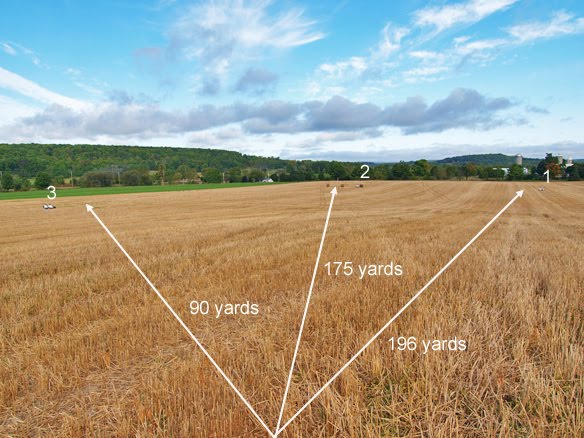 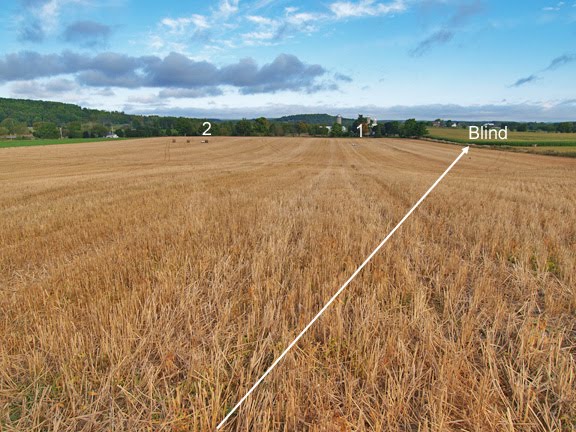 The Land Blind to the right of marks at station 1 and 2
2:00 pm and things are moving along quickly. There have been 3 bird changes already and it is now expected we will get done well before 5:00pm. The test has remained quite similar although the wind has picked up a bit to perhaps 15mph. We’ve had some very good work on the marks but it’s still easy to get backside of one. There has been only 1 handle on the marks so far. The blind is causing more problems for some dogs. Many start off to the right and then have dig back casts with the wind when handled. Others are flaring left, tighter to the guns and these require an early whistle. Overall, I think most people are just satisfied to get the first day under their belt. I expect my next report won’t be until we get Callbacks which should be early this evening. 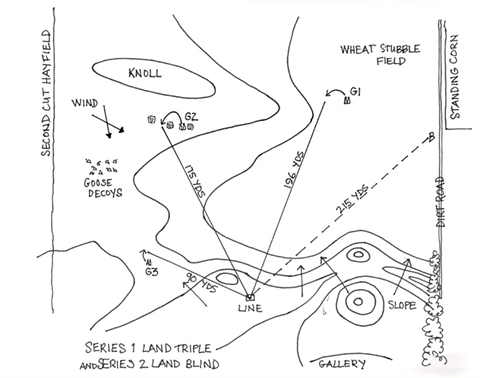 Diagram by Fiona of the 1st and 2nd Series 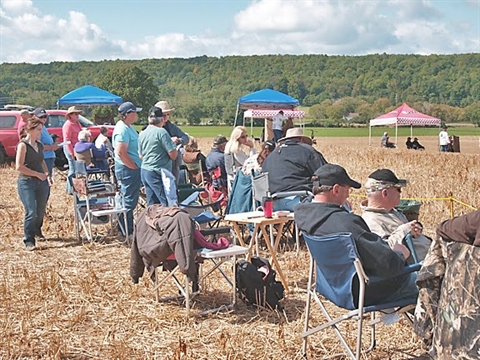 The front row of the gallery
Starting to get quite hot now- over 80 degrees-wishing they had put up the tents!

Update on test finale. Right near the end we had 2 no-birds with Dog’s 74 and 1. However, we were still finished by 4:20pm. Unfortunately one of the last dogs, No. 3 picked up on the Land Blind. 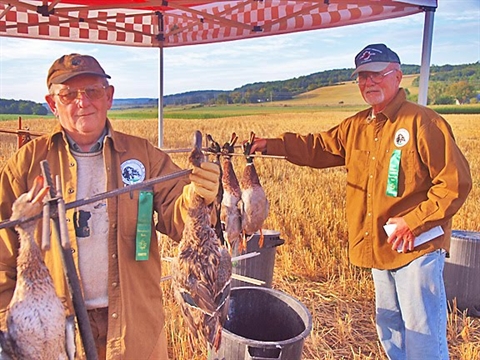 Also today our thanks to the very experienced team of Orley Hamilton and Ron Craig, our Assistant Marshalls.
CALLBACKS just in! All dogs that picked up the birds are back! Unfortunately No. 3 lost.
posted by Canadian National Blog Team @ 10:53 AM