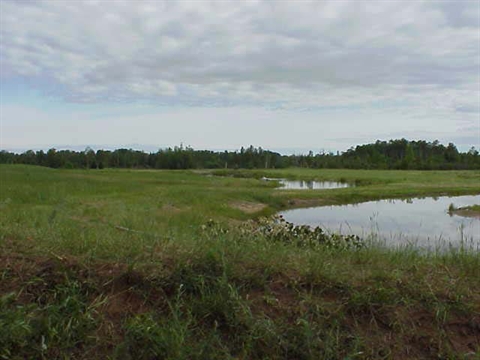 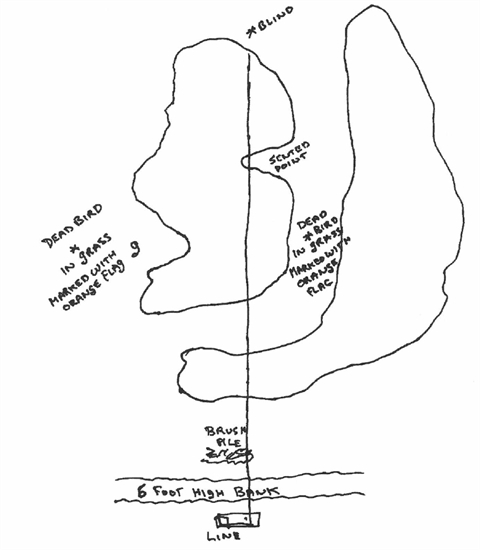 Test Six - Land Blind With A Cold Honor
The Seventh series was a land/water "no see-um" beginning blind with a dry pop on the left. A dead bird lay behind the popper guns about 25 feet  from them. Across he water another dead bird lay on the bank and dogs had to swim past both of them, then cross a heavily scented point beyond brush pile a short distance in front of the line made a good initial line difficult. Dogs had to pass the dead bird hazards and re-enter water twice before recovering the bird which lay on land.  Dog #37 initiated the test which took about 6-7 MPD and was completed by 12:45 p.m.  Again, dogs perhaps did a bit better than expected, but attrition was now factoring into the equation.