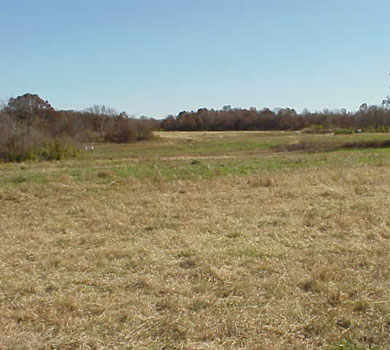 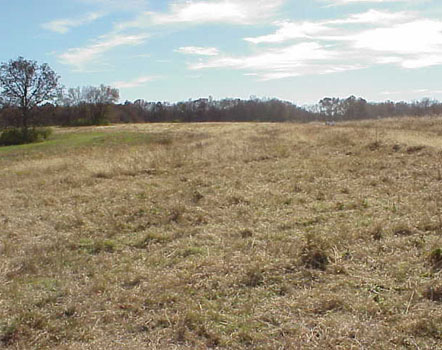 Two retired guns and an honor

Test 5 - Detail- center guns
As the sun rose, it was cool and clear with little breeze. Temperatures were in the low 30's for the low 60's predicted for the day. So far, the weatherman had smiled on the stake.

As the third test was being completed, the fourth was set up in a different area. By 7:15, gunners were in the field and most personnel were at the site. The third was expected to finish about 8 a.m. and all was read well in advance.

The 5th was a land quad (The double blind counted as 2 series making the last series #4) was a land quad with two flyers. Test dogs were called to line shortly before 8:30. The first test team had two no birds and the second one before they could run the test. Joanne and Ryan fared OK while Marty and Paco had a handle on the left, middle mark

The test was set in a rolling grassy field with mixed weeds and patches of heavier, brushy cover. Both the left and right sides of the field had heavy tree lines. To the left, on the edge of the tree line a pair of guns threw a dead cock pheasant angled sharply back to the right where it landed in the sparse, mixed grass 135 yards away.  Deep to their right was a group of flyer guns. The shot a flying hen pheasant ridden well out to the left. It landed in the grassy cover about 300 yards from line. A relatively short distance to their right and closer in, another pair threw a dead hen pheasant flat to the right landing about 275 yards away. To the far right of the line, well away for the other marks, live gunners shot a flying hen pheasant to the left, nearly toward the fall area of the distant right middle mark. It, too, was well ridden out and fell about 180 yards from line. The order was: Right middle (dead), left middle (flyer) left, dead bird then far right flyer. As the dog was sent for the right flyer, the right middle and far left gunners retired, leaving only the flyer guns in the field. There was also an honor mat to the left of the line.

At 9:25 the first running dog #89 came to line. She had a good series, but following dog did not fare as well. There were numerous handles and several pick ups . About half of the first 22 dogs handled. Several also turned in outstanding marks.   Because of long hunts and several no-birds it was doubtful that this test would be finished today.  The test was suspended  at 5:05 p.m., after dog 63 ran, leaving 14 to run on Thursday. There was a workers party at HQ so the test was quickly wrapped up so volunteer workers could attend. The test will resume on Thursday with a test dog at 6:45, first running dog no earlier than  7 a.m.