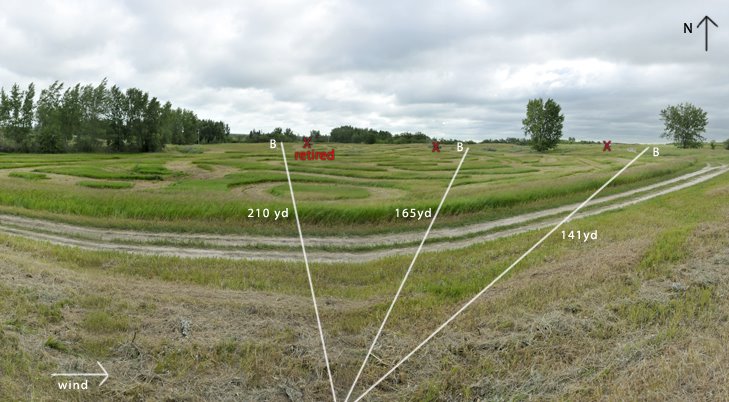 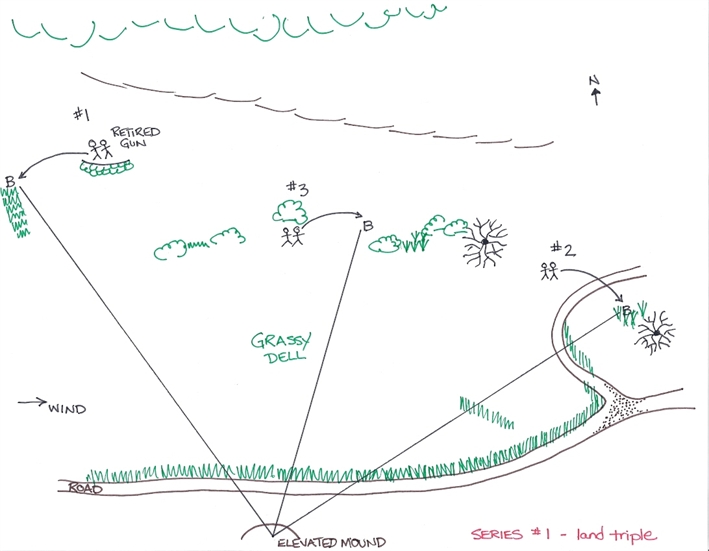 The rural areas surrounding the Canadian National Retriever Championships were dotted with trainers and their dogs this morning – last minute drills and airing. The caravan left promptly at 7:30am – an impressive sight, as a string of dog trucks, pickups and vans made their way down secondary highways to the City of Regina property that the Regina Retriever Club leases – to arrive at the first test site of the week.

The test is a land triple from an elevated starting line, crossing a road, across a grassy bowl with the ducks all landing up and back from the bowl, all heading in a northerly direction. The first bird is the left station thrown right to left behind some short cover and the gunner retires. The second bird is the right station thrown left to right over a road into moderate cover, the last bird is the center station thrown left to right into the open. There is a strong crosswind coming from the west, the temperature is cooler at 18*C and it is partly cloudy.

The 2009 CNARC started at 8:30am with the first bird of the event valiantly retrieved by the honorary male test dog FTCH AFTCH Raindancers Cloudrunner. Cloud was handled by Joe Leptick, owned by Annette Leptick. Honorary female test dog was FTCH AFTCH NMH GMH Clubmead’s Autumn Breeze, CDX WCX, who made an energetic retrieve and was distinctly disappointed that there was only one bird. Breeze was run by Sue Taylor, owned by Sue and Garry Taylor. The gallery was on hand at the line to watch the honorary test dogs and a big round of applause ensued.
Test 2 -- Land Blind 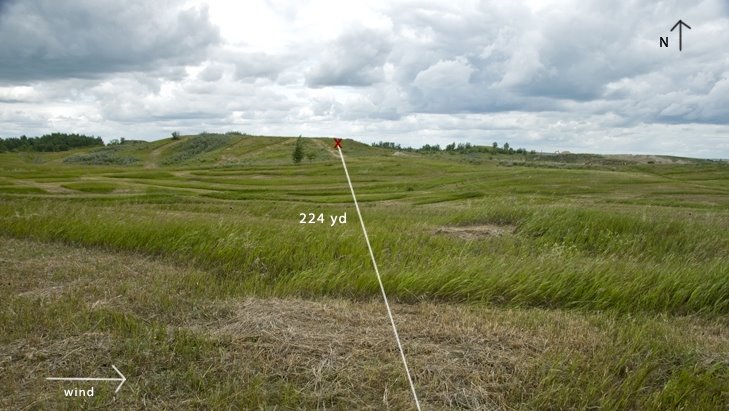 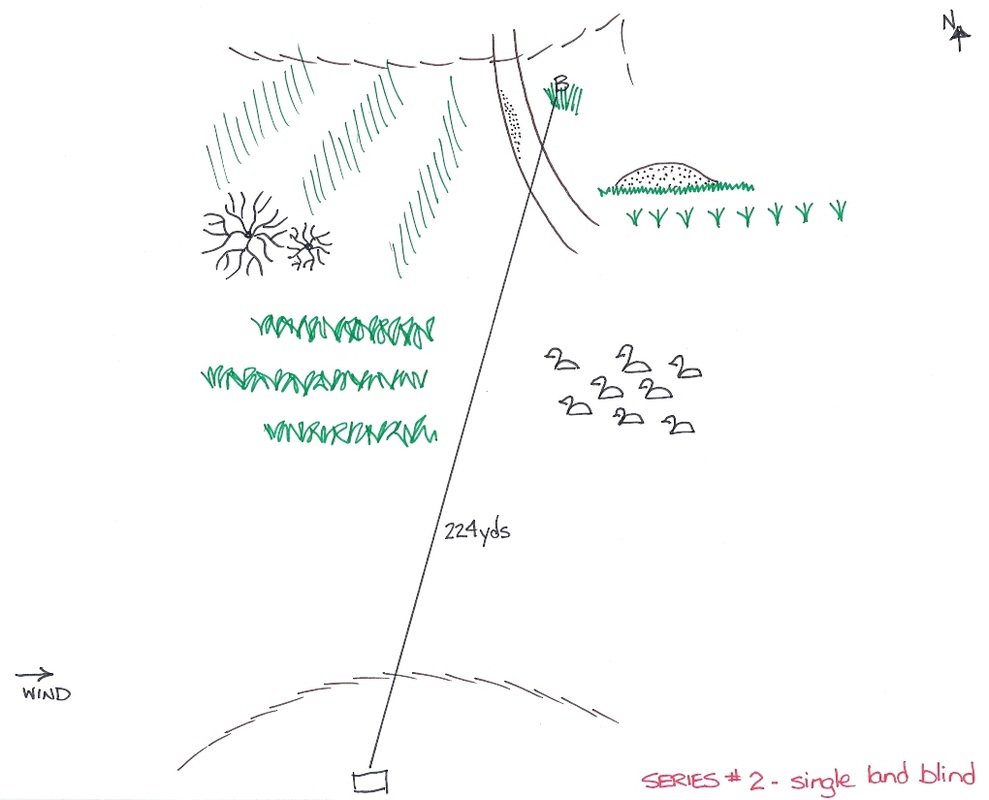 We were pleased to welcome Purina reps Les Oaks and Tim Crone to join the gallery and view the completion of the first series. The handlers wore their numbered Purina hats with a few exceptions made for “Lucky” hats. There were only a few ‘no birds’ through the series, many thanks to all the throwers, and the poppers supplied by Dogs Afield were flawless.

The first series was completed by 2:00pm with all dogs being called back with the exception of a scratch of dog #15.

The second series is a single land blind starting from the top side of a small valley, through the valley past goose decoys, angling across a road and up to the duck near the top of the opposite side of the valley. Again the dogs are running a north line with a west, gusting crosswind. The sun is behind the handler when it comes out from behind the clouds and it has warmed up to 22*C.

The first dog to run the second series was dog #10 Eat My Dust II run by Jim Couch. Most of the dogs are being challenged by the crosswind, requiring handling into the wind to make the pick up.

The wind picked up considerably, the clouds moved back in and there were a few spatters of rain with the clouds promising more. The gallery is hanging in there with friendly rivalry erupting among the successful Calcutta dog owners.

The second series finished in high but dry winds by 5:00pm. It was completed with some good clean runs with minimal handles and two dogs picked up: #18 and #36. Many thanks to Alan Kennedy for planting the blinds and enduring the relentless winds atop the hill behind the blind.

All participants, judges, reps and workers are invited to a Greek Feast being held at headquarters - the Buffalo Lookout Campground. The silent auction items remain on display until Wednesday and include numerous items from our major sponsor Purina as well as gold sponsor Tritronics and silver sponsors Thunder Equipment and Tangelo. There will be an additional raffle table for tonight only. We also hope to entice folks into competing in a bumper toss - against the wind?
Tuesday's test will be held at the Botkin owned grounds from 8:00am - 5:30pm. Spectators are welcome but asked not to wear white clothing.
Check out the updated list of the competitors under Retriever Callbacks. Good luck to everyone!